Posted at 15:18h in News by Laura Fitzpatrick

Cadence Drum and Bugle Corps, based in Guildford, UK, is one of a few remaining youth marching bands / drum & bugle corps in the United Kingdom.

On 20th August they travelled across the pond to take part in the Drum Corps Associates (DCA) championships in Pennsylvania. The finals competition took place this past weekend and Cadence took 4th place in the A class competition with a score of 77.975.

This is a fantastic achievement and the group have done an amazing job of representing the UK drum corps activity.

It was a pleasure for Sirus to play a small part in the success of Cadence’s trip by being able to sponsor a meal for the group. Below you can find a photo of the members expressing their thanks. 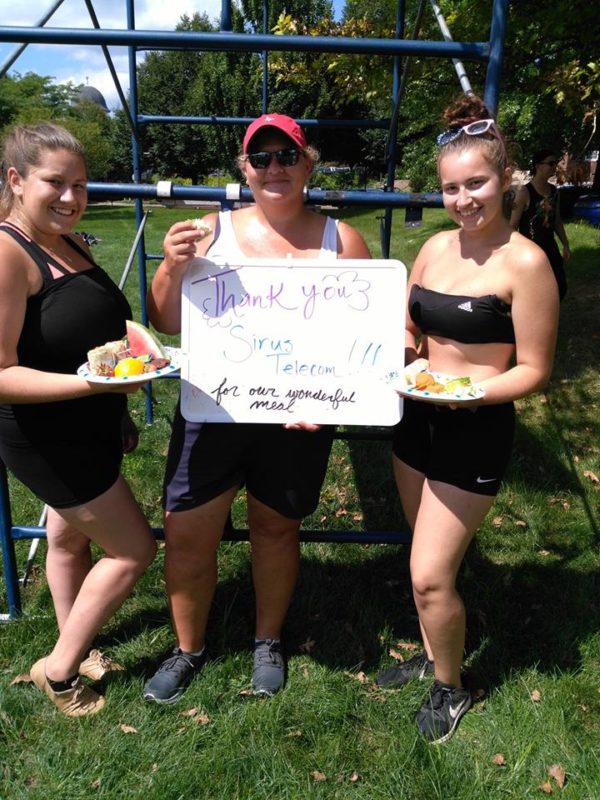 Cadence have now landed safely back in the UK and will be competing in the remainder of the Drum Corps United Kingdom (DCUK) circuit as well as travelling to The Netherlands to compete in the Drum Corps Europe (DCE) championships alongside The Company, who Sirus have previously supported, plus a number of other groups from the UK.